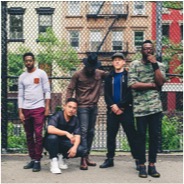 Aside from making music together, you can find any of these band members DJing at any clubs around the Toronto or Winnipeg area.

Odario Williams from the band says the band is a beautiful mess of rap’n’roll, dub and soul.

Although the band isn’t married to one specific style, as a collective, all members make the band work and become what they are today.

Brothers in the band, Odario and DJ of the band, Ofield says their dad made them fall in love with music, bass and trouble, being a DJ in the 80s, himself. 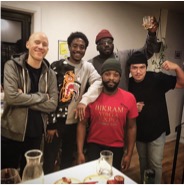 Much like their father, they want to stay true to their love of music, and they have with the band name, by using some vintage analog gear, which played a part in making their infectious groove tunes.

Their energetic live shows are full of funk, soul and a mixing infrequent stage jams.

You can follow up with the band on their social medias and keep an eye out whenever they announce local shows – that way you catch this band around the city.