Sarah Thawer: The rising of a Drum Guru 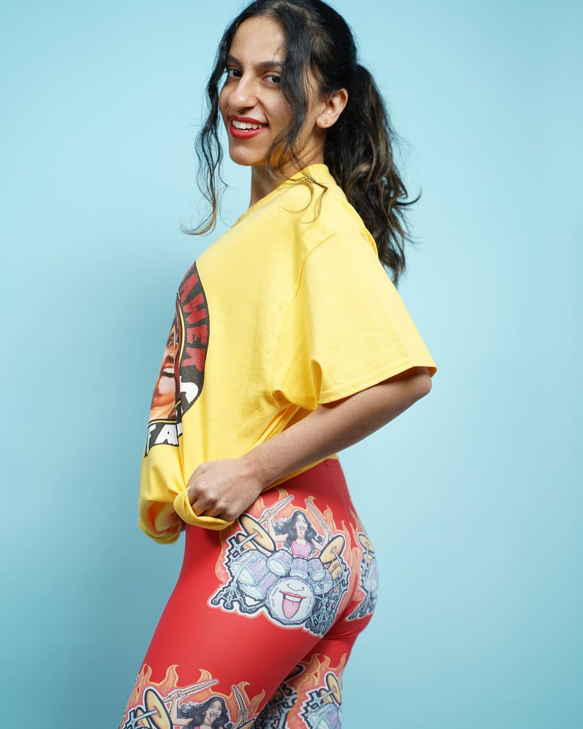 Sarah Thawer is a JUNO Award-nominated pro-drummer based in Toronto. Sarah is also known as the Drum Guru, her Instagram has risen to more than 142k followers and an additional 26.6k followers on YouTube.  The energetic drummer has been beating her way into people’s hearts on shows like the Stephen Colbert show, the World of Jazz Music festival and Hockey Night Canada to name a few. She also collaborated and shared stages with many famous local and international musicians.

Who is Sarah Thawer?

Sarah was born and raised in Toronto, ON, and is proud of her Indian heritage. You can often see her in the traditional Indian clothing as she plays passionately on her drums. Her music career started at home, her house always had musical instruments laying around because her father is a musician. Although she can play other instruments, Sarah said “I felt drums were part of my being” and taught herself how to play the drums since the age of 3, you can watch the adorable video here. No doubt, Sarah has the rhythm and grooves, she started performing at the age of 6, and has been setting her own beats since.

“Rhythm in general inspired me,” she said, she can play various genres such as jazz, Latin, gospel, funk, R&B, hip hop, Indian, and world music. She studied jazz and world music at York University and was a recipient of the Oscar Peterson Scholarship.

In May 2015, Sarah had her first opportunity to shine when the Academy Awards winner record producer A.R Rahman and his team came to Toronto to perform at the Sony Centre. Rahman invited Sarah to perform with him, and her performance caught the attention of people around the world. She has since been invited to play at various events around the world. She’s now performing with artists like George Watsky, Sheila E., Jon Batiste, Steve Weingart, Mark Lettieri, Sekou Bunch, Hisato Takenaka, Osman Mir, Adrian X, Ginger Shankar, Jae Deal, Karthik, Robert Sput Searight and Ghost Note, Charlotte Day Wilson, Jane Bunnett, WizTheMc, and Tegan & Sara.

In her recent “Thriller Drum Cover” video from Drumeo, she’s not only rocked and shocked everyone with her drumming skills but also shared her story about the challenges she faced as a woman in the male-dominated drumming industry. She brought attention and raised awareness on the issue of gender inequality in the drumming community, challenged her audiences to be proactive on the issue, and encouraged women and the people of BIPOC to continue to work towards their passion.

Her words from the video:

“It’s time we address the elephant in the drumming community. I’m talking about gender inequality that seems to still be present in the male dominated industry”

“Drumming in music is gender neutral, and the gender and race of the drummer have nothing to do with it.”

“To all the women out there, and to the many drummers who come from different ethnicities watching this, keep doing  what you are doing. You are not alone”

“To everyone else watching this, it’s time to take a stance against gender inequality in the drum community. It’s time to treat every drummer as equal. The time is now! “

Her outspoken words and personality have led to the rise of her popularity as she keeps moving the world with her performances while engaging with her audiences on her social media accounts. Even in her pajamas throughout the Toronto’s lockdown, she continues to entertain her audiences and inspire the new generation of musicians and drummers around the world.