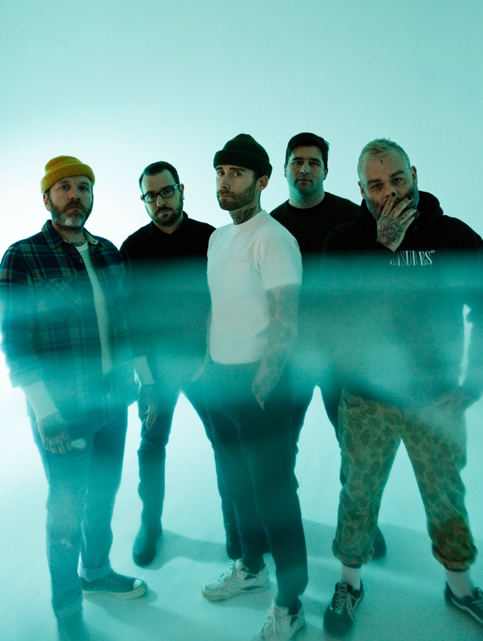 After a 10-year drought, Alexisonfire floods their fans with plethora of new music.

The band released their newest single “Season of the Flood” this morning, marking their third song in less than a year. The song follows up two previously released singles “Familiar Drugs” and “Complicit” that were released last February.

“I’m very proud of this new song,” says lead singer George Pettit. “There were some first time attempts for us and we all really came together in the studio to make this song what it is. This was also my first time singing with Dallas on a song. I know I’ve been playing in a band with Dal for almost 20 years, but damn, that guy’s voice could melt an angel.”

This month, they’ll headline a series of shows including Edmonton, Calgary and Vancouver. Alexisonfire has partnered with PLUS1 so that $1 will be donated from all tickets sold. Proceeds will go to Indspire, an organization dedicated to the education of Indigenous students.

Fans initially said goodbye when the band had their farewell tour in 2012. Recently, the band has made a resurgence with their music, including a tour in the summer of 2019. Their recent music may give fans hope for a full-time revival of the band, as well as a new album.

Despite the uncertainty with the future of this iconic Canadian band, fans can spend the next month enjoying their newest tracks, along with their accompanying events,