The Art of Breaking

Breaking aka bboying is an art form that most people know very little about! We’ve all seen the flashy spins that dancers can perform but what else could there be to it? Here’s a little bit of history. Breaking is considered one of the four pillars of hip-hop and it originated in New York in the 70s when DJs would throw block parties. They’d play two of the same vinyl records so that they could extend and loop the break of a track. The break is a part of the song that is just rhythm with no vocals. 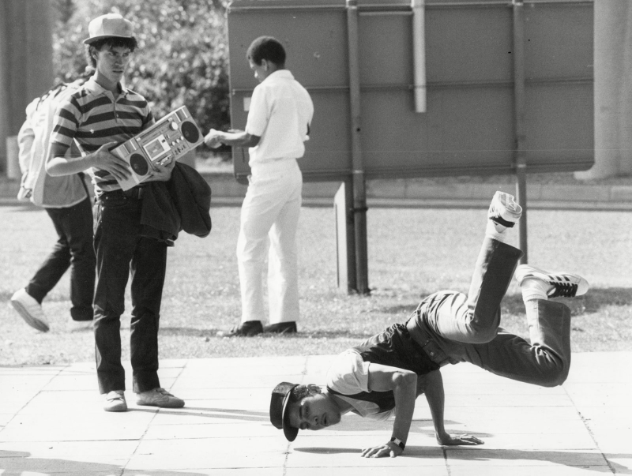 Breakers in 1983, Taken from: https://www.britannica.com/art/break-dance

Breaking is all about creativity. It is a very dynamic dance that has incorporated movements from other dances, martial arts, and even gymnastics. Improvisation is a huge element as well. When on the floor, a lot of the time you’ll be making moves on the spot. There is a lot of individuality because one person could have a completely different style from another. They could both do the same moves and still look distinct from each other. Everyone moves differently and this is the essence of breaking. It’s all about expression and making the dance your own way.

To scratch the surface, a very basic example of two aspects of breaking would be style and power. Style is all about intricate steps and musicality as you move to the beat. Power, on the other hand, is what is more commonly known when you hear “Breakdancing”. Power moves are the crowd-pleasers. It’s the acrobatic flips and spins. The four main elements that form bboying are toprock, downrock (Footwork), power moves, and freezes. 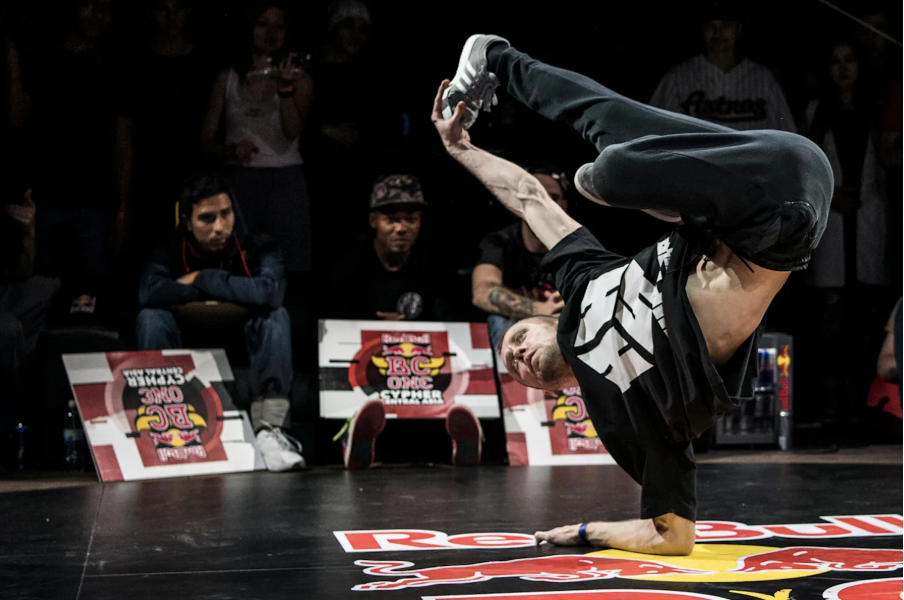 Breaking has evolved a lot over the years. As the foundation has been laid from older generations, new dancers have emerged and taken the art form to new heights. Top-level breakers are able to incorporate the different elements of the dance seamlessly in their sets. A set or a round. In competitions or cyphers, breakers will take turns dancing in a battle to see who can come out on top. A battle is an exchange and when one dancer is done throwing down, it’s the next person’s turn to respond.

Competitions are structured and the winner is decided by a panel of judges that are also breakers. They can be judged on things such as musicality, the flow of their moves, if they “crashed” (messed up a move), creativity, and so many other aspects. The list goes on. There are so many aspects to this dance that sometimes the results in a competition can cause controversy.

Here’s a battle between two top-level bboys. Take note of how they both have different styles and combine various elements to try and outperform who their facing.

Cyphers are very important because it is spontaneous as the nature of breaking is. It is a dance circle and anyone is free to jump in. When a breaker has an issue with someone else, this is where they’ll settle their problems. No judges, just round after round of throwing down to test the other person. It’s also about freedom and just having fun. The cypher brings people together.

Breaking is an art form that is truly unique to others. The pioneers that created the foundations of the dance are still an active part of the community. It is always evolving and I’m very excited to see how it continues to grow. Just recently, breaking has been added to the Olympics for Paris 2024. Breaking originated in the 70s and it is still going strong.