A look into The Arts and Letters Club of Toronto: a place where creative artists flourish!

Arts and culture facilities – such as museums, galleries, and festivals – facilitate a sense of belonging. According to a survey conducted by Leger in 2019, 79 per cent of Canadians agree with that statement. Toronto already offers such spaces - from the ROM to the annual Nuit Blanche – but the city also features a hidden historical gem tucked away in the entertainment district: The Arts and Letters Club of Toronto. 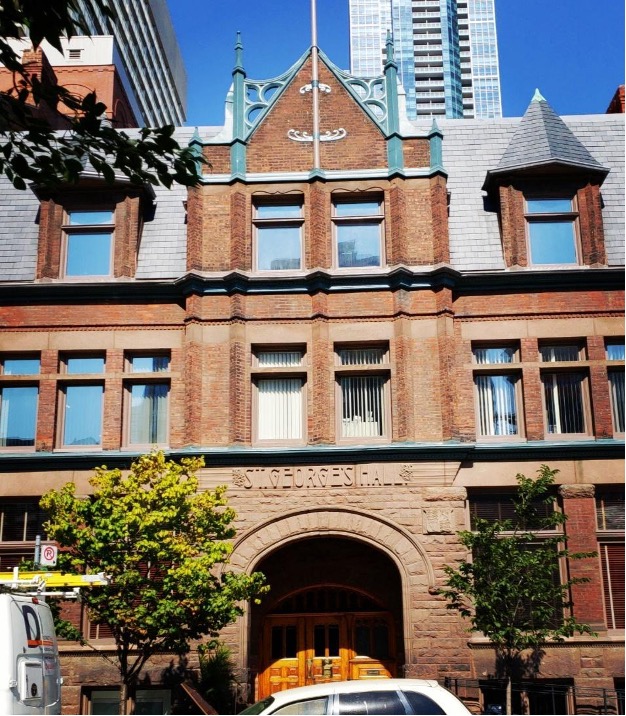 The front entrance to the club, facing the north side of Elm Street. © Josh Welsh

Closed to the general public, the club is located at 14 Elm Street. Steps from Yonge-Dundas Square sits the clubhouse, also known as St. George’s Hall. Constructed in 1891, the building has housed the club since 1920. In 1908, journalist Augustus Bridle founded the club as an art space for cultured Toronto gentlemen professionals.

It has since been designated a building of National Historic Significance by the Government of Canada and is also considered an important part of Canadian cultural life. The Arts and Letters Club housed Group of Seven members, J.E.H. MacDonald and A.Y. Jackson, former Governor General Vincent Massey, Canadian philosopher Marshall McLuhan (known for his “The Medium is the Message” theory), and writer Morley Callaghan, who were all members and met regularly for lunch and drinks. Ernest Hemingway, who was a friend of Callaghan, even had a few drinks at the club, though he was never a member. The club warmly opened its doors to women in 1985, marking it a historical achievement.

According to the club’s website, it is a place for “whom the arts are an essential part of life”, with over half of its hundreds of members being professional artists in the arts disciplines of “LAMPS”: Literature, Architecture, Music, Painting, and Stage, with a broad interpretation around these topics. 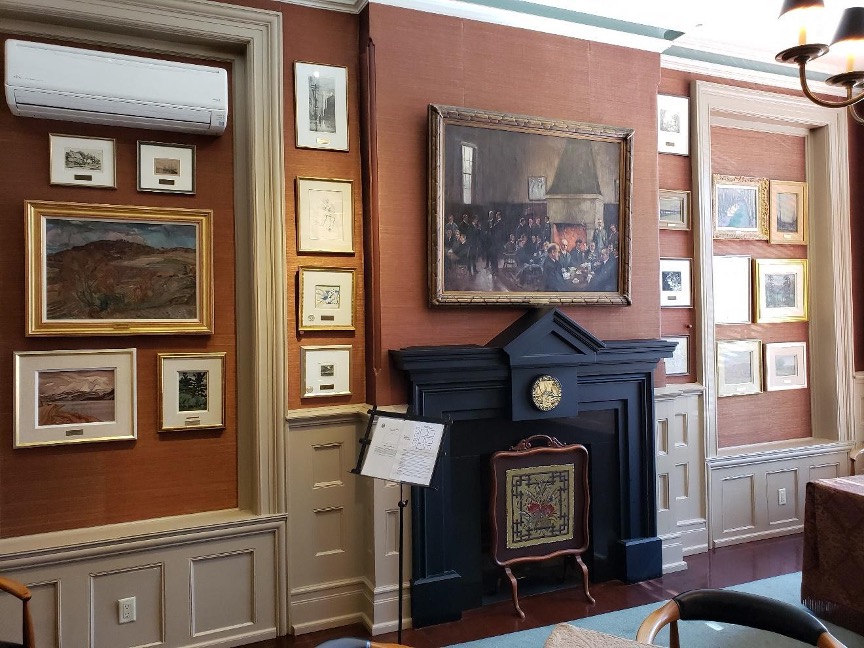 The LAMPS room - one of the many rooms inside the club. © Josh Welsh

The club hosts events for members and non-members alike, from weekly luncheons and dinners with special programming - like their annual Boars’ Head and Robbie Burns dinners - to stage and musical performances. The club also brings in special guest speakers as part of their weekly programming, many of whom have had to deliver presentations or talks over Zoom because of the pandemic. The club also features a monthly display of artwork from its members in the main dining room, the Great Hall, which has been compared to Toronto’s “Hogwarts”.

Here’s a video from choir SoundCrowd, who are performing Hedwig’s Theme from Harry Potter inside the Great Hall! 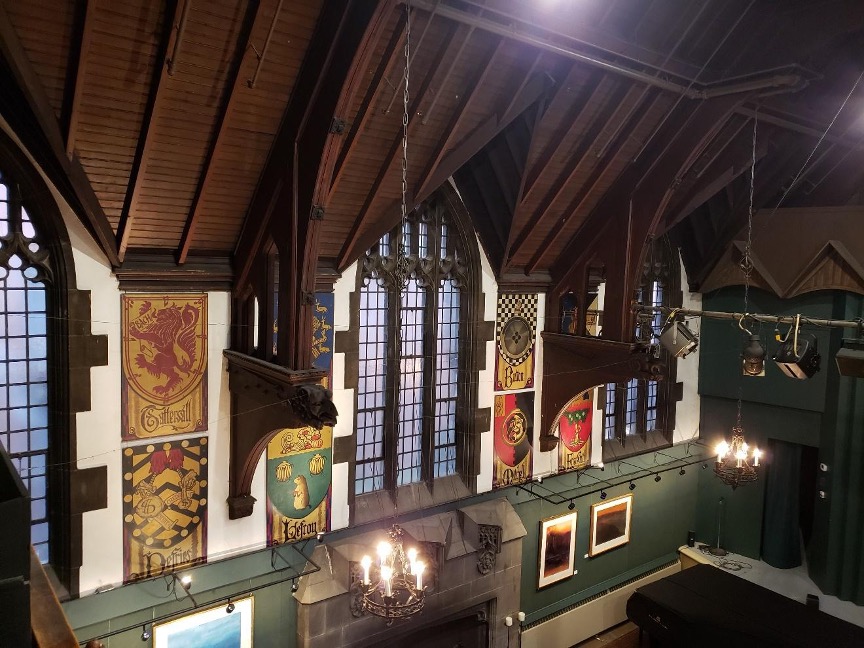 The Great Hall has been compared to a scene out of a Harry Potter film. © Josh Welsh

This room is where the focus of club life and activity takes place. The Great Hall features a cathedral ceiling, a large fireplace, a choir gallery, a well-equipped stage, a Steinway grand piano, and tongue-in-cheek banners by J.E.H. MacDonald which celebrate the names of illustrious early members. 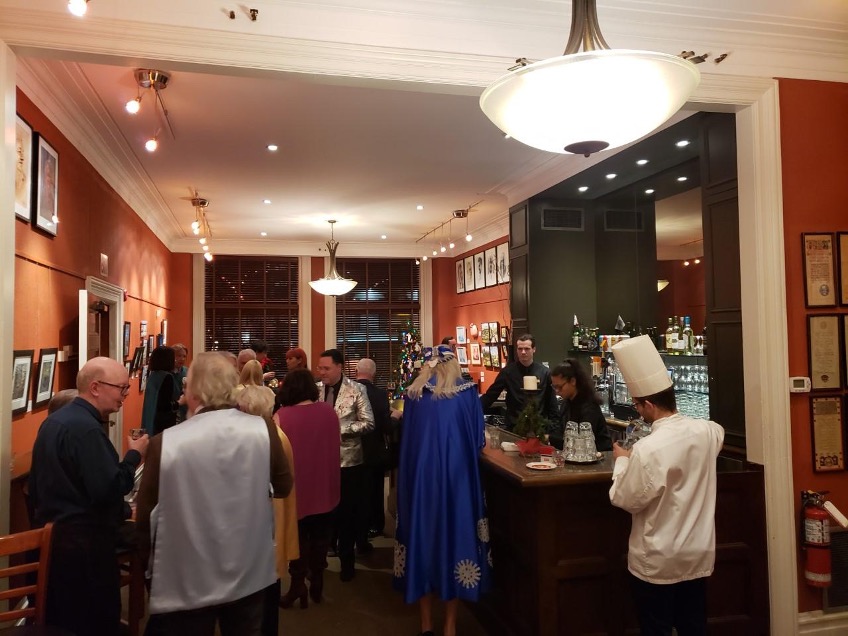 Members gather and socialize as they take part in the Club’s annual Boars’ Head dinner in December of 2019 (when life was normal)! © Josh Welsh

Adjoining the Great Hall is a comfortable lounge, which hangs the names of past executives and board members. Members and guests can also observe and admire the paintings of past club presidents along with artwork from member artists, some of which are put up for sale or are part of club art exhibitions. The lounge features a fully licensed, well-stocked bar where members and guests can order drinks and take them anywhere within the club. 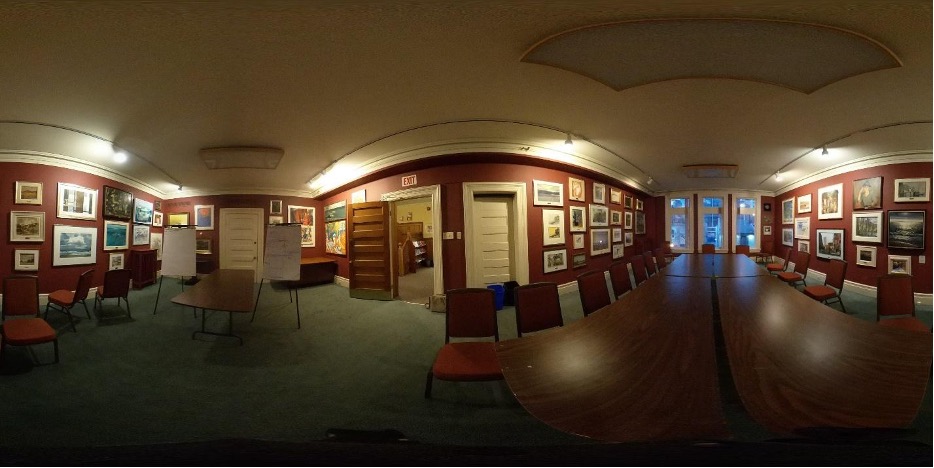 A panoramic view of the boardroom. © Josh Welsh

On the second floor of the building, the club features a library and boardroom. Here, the Board of Directors of the Club meet while paintings from current and past club members fill the walls. The room is also used for informal meetings and get-togethers among members and outside organizations. Before the pandemic, the club approved a committee that will bring young members into the club. The hope is to attract students ages 19 and over who may not be aware the club exists. 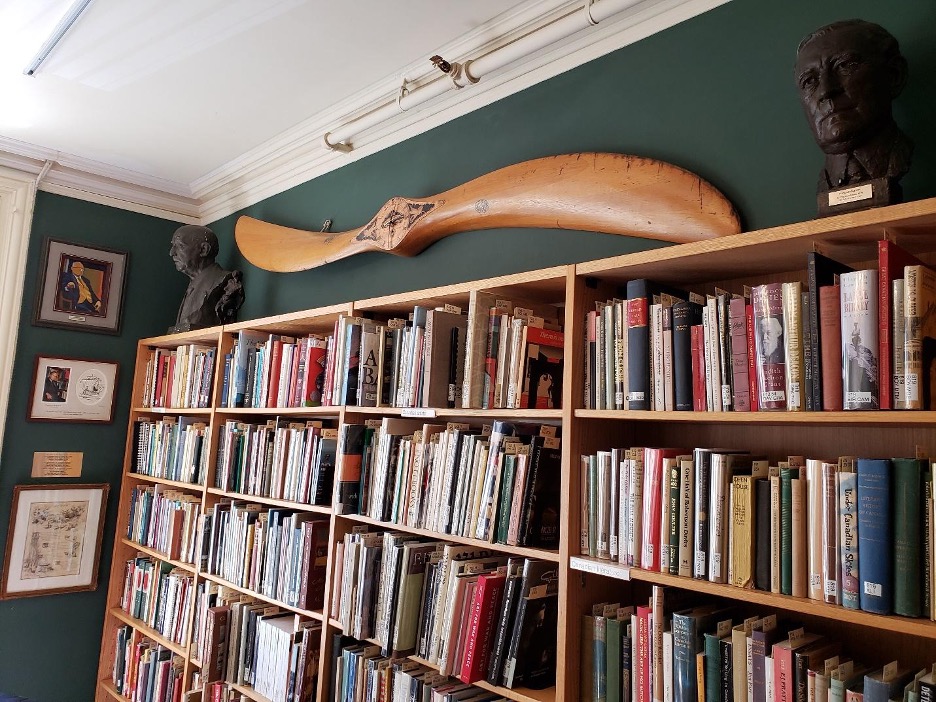 There’s no shortage of books in the Club’s library! Sculptures of past members also sit on the top shelves. © Josh Welsh

The library on the second floor features books written from past and present Club members, along with memorabilia. Members can come in here to meet, talk, have a drink, or just sit quietly to read a book. The room is also used as a bridal suite when weddings book out the club. 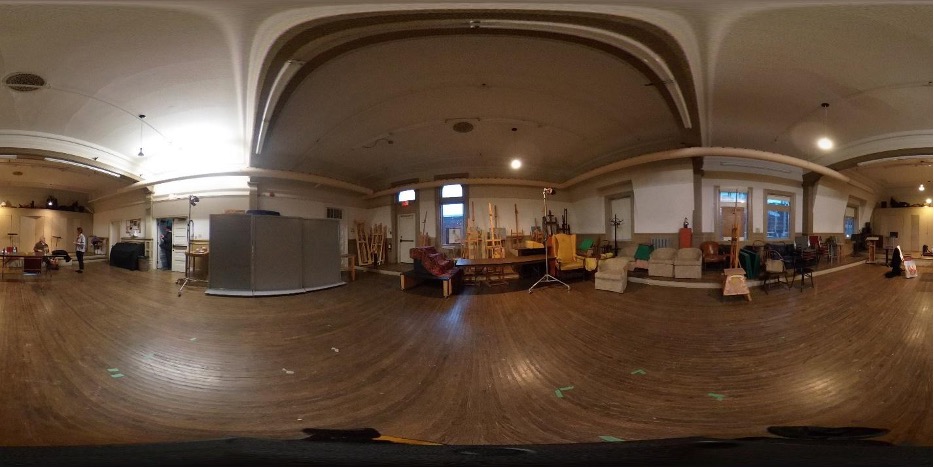 A panoramic view of the studio. The biggest room in the club, other than the Great Hall. © Josh Welsh

On the third (and final) floor of the club, this studio is commonly used as a painters' studio but anyone and everyone can use it; from actors rehearsing a play to presentations and cocktail parties. The club offers a discounted rate on membership for students in arts programs for $128 annually. For non-students and those aged 29 and under, the fee is $615.

Like what you read? Interested in joining the club? For more information on the club and to pursue membership, visit http://artsandlettersclub.ca.