Heavy riffs and wicked solos, this band is like the running of the bulls straight outta the gates. These Mississauga boys have a sound that will blow the doors off of any fancy dress party. We’ll clean up the mess later, we’re talking with Kevin, Jay, Christian, and Michael of Tomahawk Love. 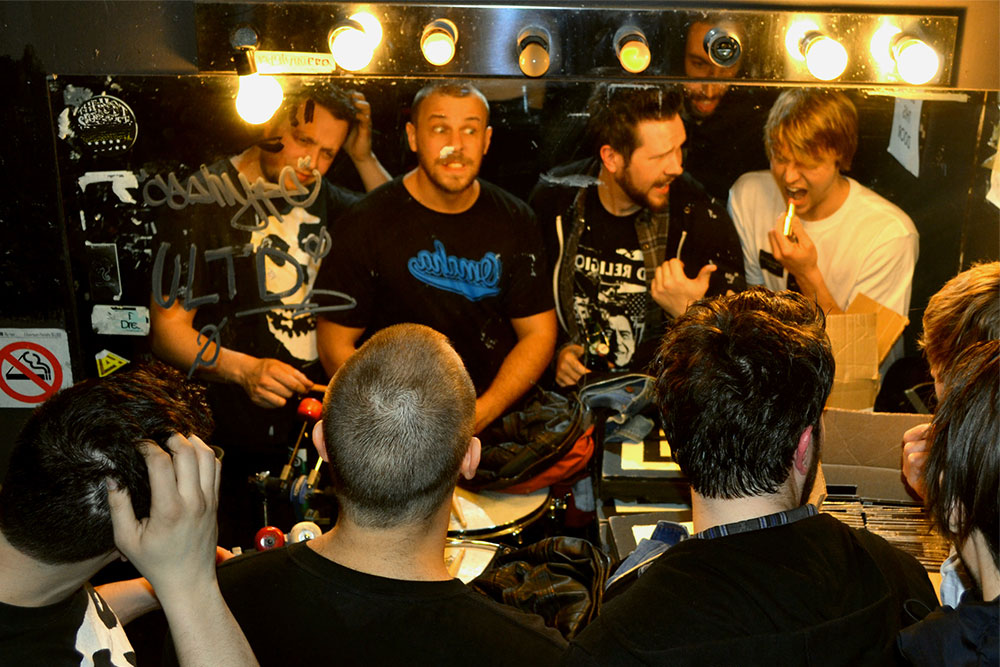 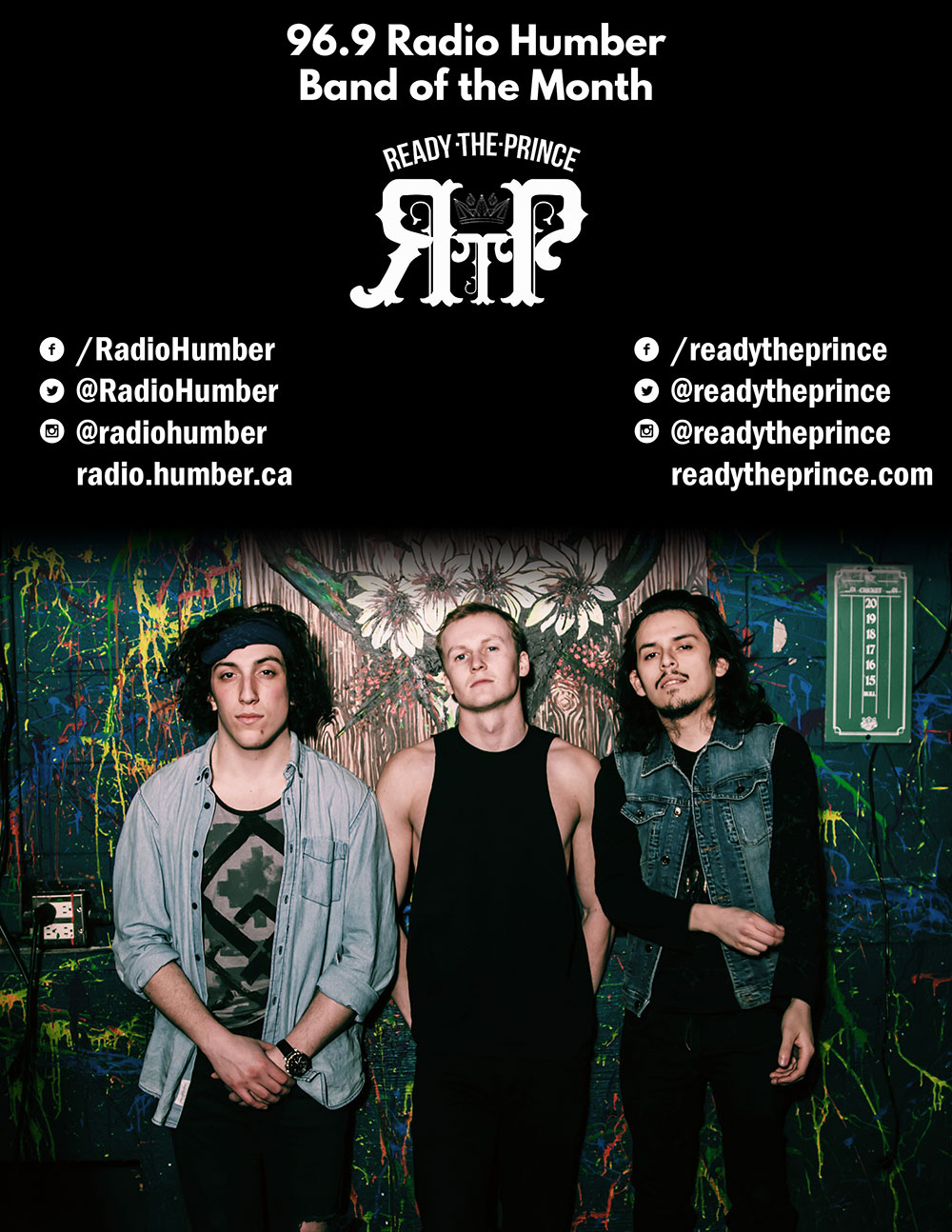 A Toronto based band made up of Martin Broda, Michael Farina, Daniel Ennis, and Micahel Ferreira.  They are a blend of emotive tones with hints of rock and pop. 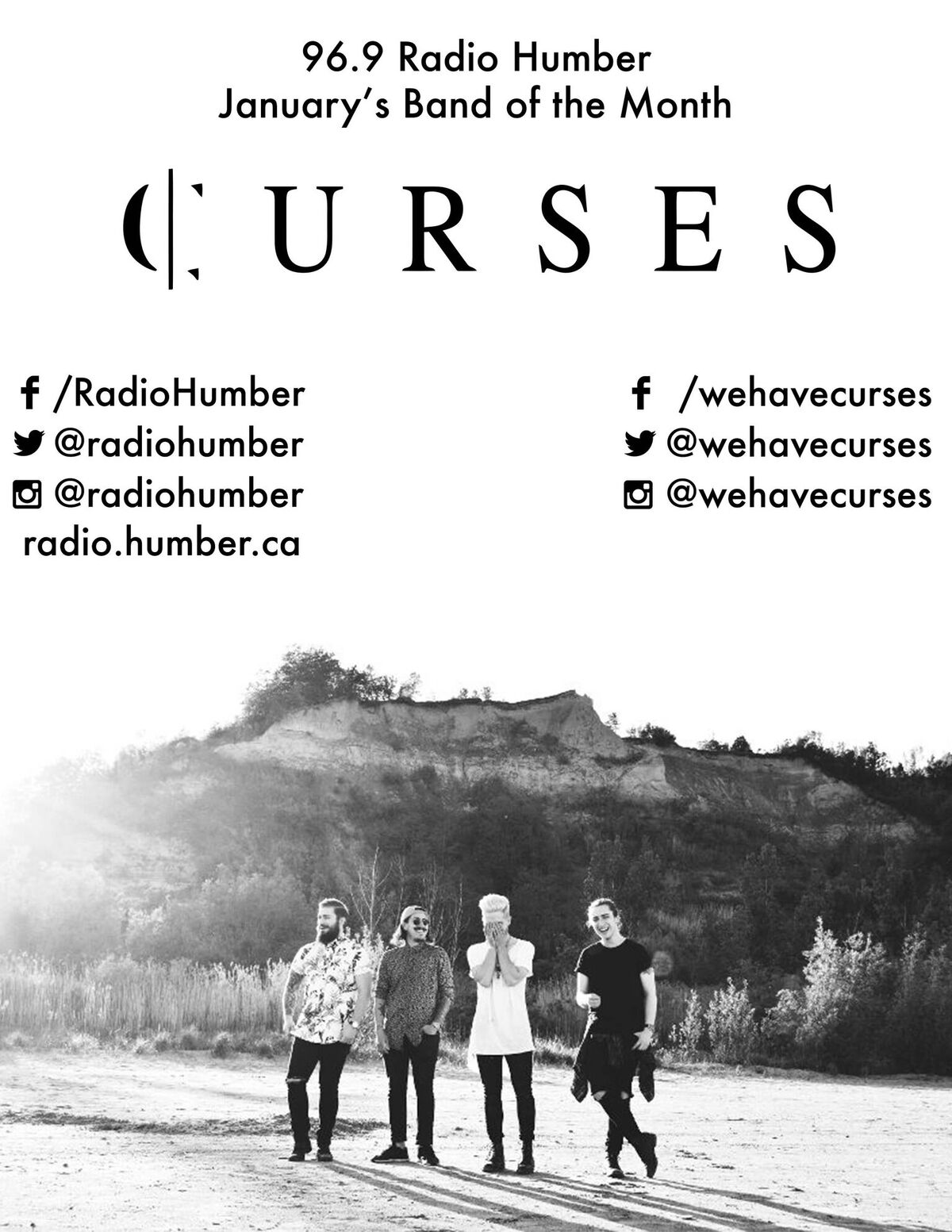 Midday Swim is an indie-rock band that formed in the summer of 2014. The five members of the band, David Krygier, Sebastian Shinwell, Craig Saltz, Stephan Ermel and Max Trefler, came together in a lakefront cabin in Ontario and worked together to make music. With all their strong musical backgrounds they receive immediate popularity from their first single, “Summer Eyes”.  Their self-titled album was released May 2015. 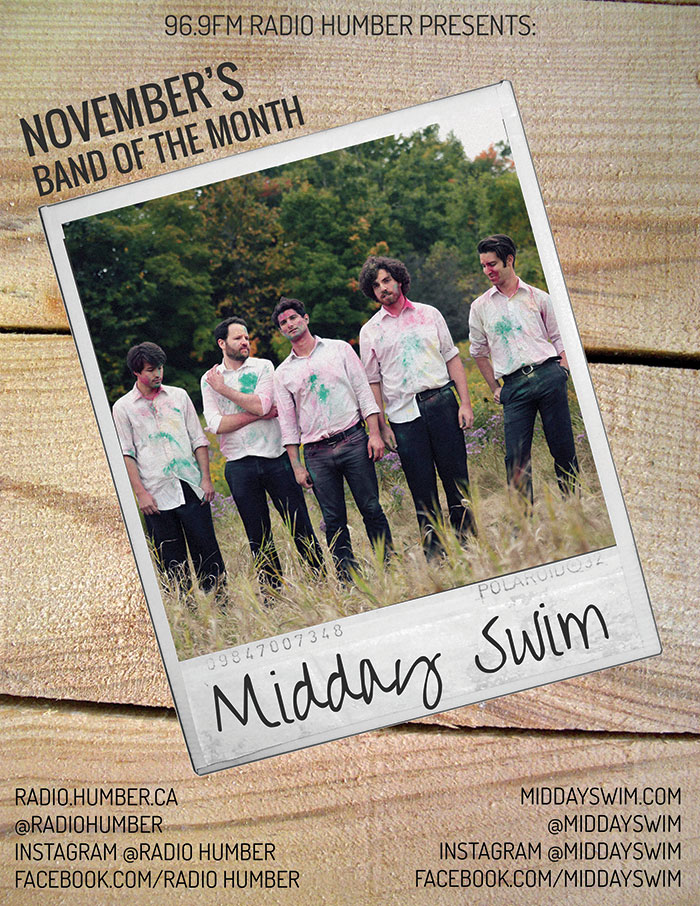 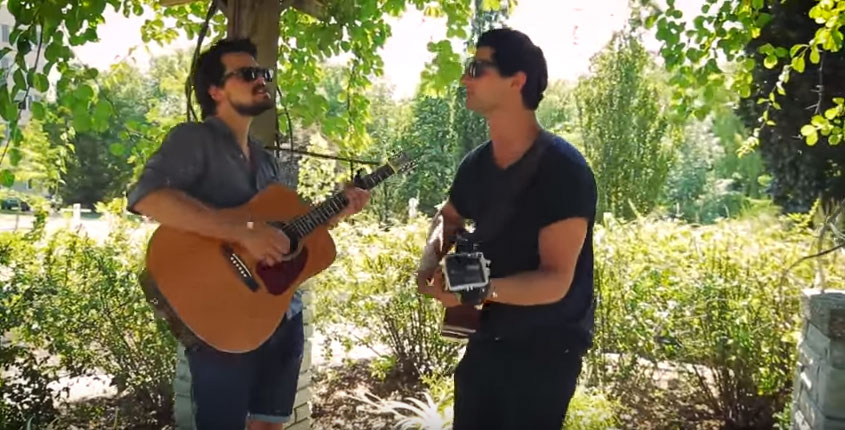 Ivory Hours originated in London Ontario in 2012, formed by Luke Roes and friends Chris Levesque and Thom Perquin. The band received major popularity after the release of their hit single “Mary” and since then, their career took off. With all the popularity the members of the band still remained humble describing themselves as, “three nerds + a bass guitar + feeling”. In June 2015, they released their first album, “Morning Light”, which features ten of their most popular hits; like “Mary”, “Two Keys”, “The Attic”. The band spent the rest of summer (2015) on tour, in different cities across Canada. These cities included Toronto, Windsor, Sarnia and Perry Sound. 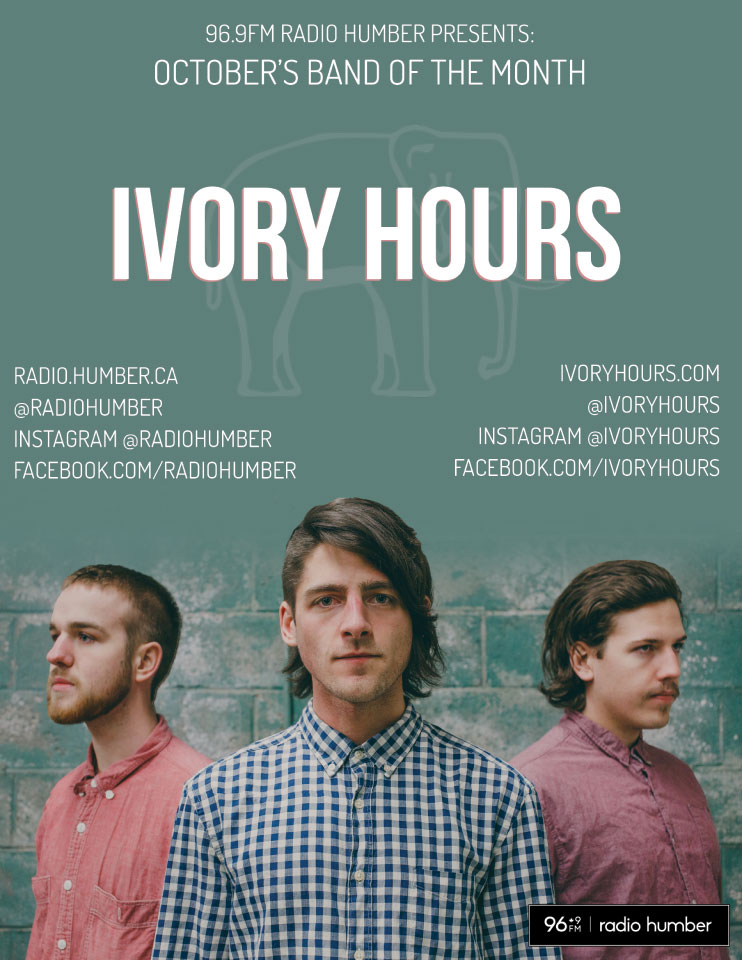 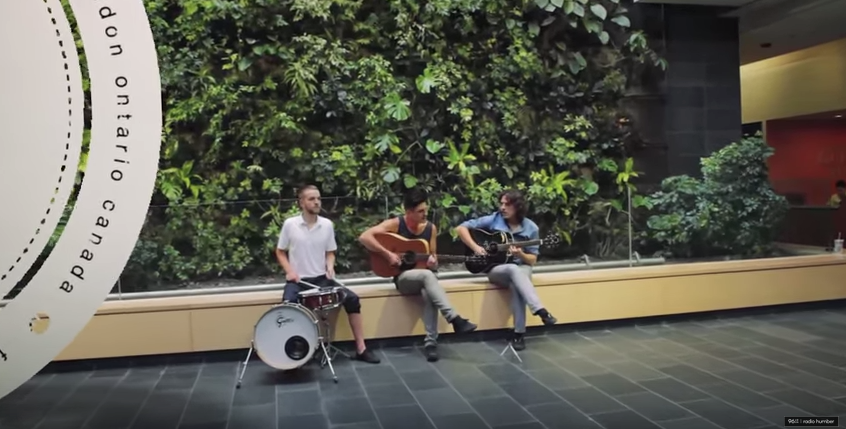 Hailing from Victoria, British Columbia, our September 2015 Band of the Month is indie-rock group, Towers & Trees. The band began with singer/songwriter Adrian Chalifour collaborating with producer Ben Lubberts.  With their EP, Broken Record, the band quickly expanded with the addition of many members. This album was released in September 2012 and was the beginning of the band’s rise to fame. Towers & Tress performed many sold out concerts, being named one of Magmazing Music’s top live moments in 2012. The band is preparing to release their new album, “The West Coast.”  You can hear their two singles from the new album: “Free” and “West Coast.” For more information on Towers & Trees, visit their website, Facebook, Twitter and/or YouTube! 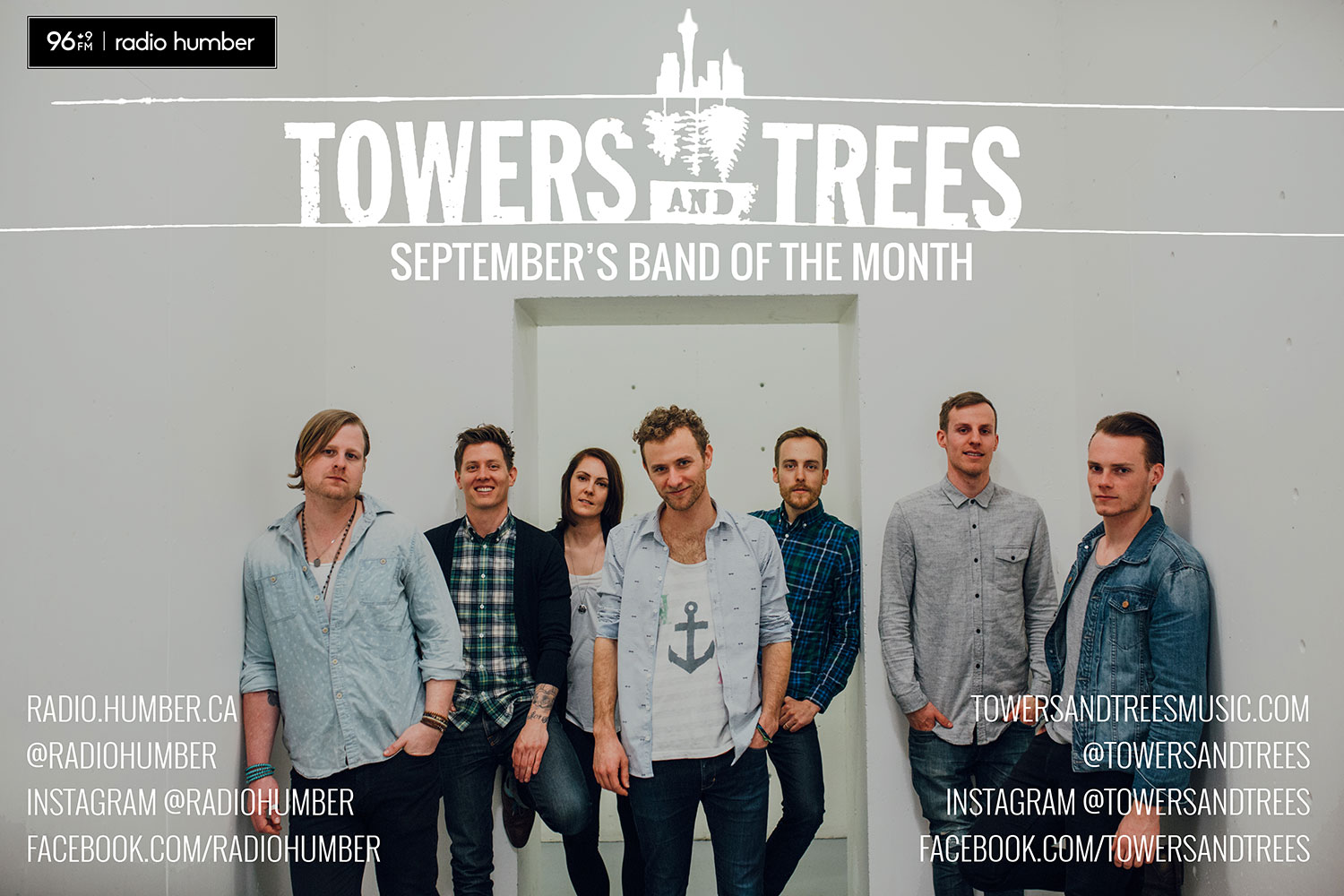